This is the compilation of avatars for the second season of Haiyore! Nyaruko-san

Contrary to the way I found out some series this season, this one was probably the first preview I saw last year. I had been looking for info on the next Gundam series, when I saw a preview for this series. Well, since Gundam AGE was a little ehhh, I figured I'd give Valvrave a chance. 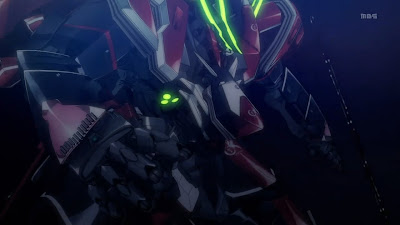 Let me start off by saying that after watching episode 01, I had this feeling of, this isn't exactly a vast world. I mean the setting, the universe the story is set in, it doesn't feel like you can get technical with it. I don't know if I'm making any sense, but....it just doesn't feel like a deep story. Let's say example, the characters, namely the group of baddies we see early in the episode. They don't feel unique. It's hard to easily describe them off the bat. In Code Geass, there was Orange-kun, the dark skinned lady (forgot her name >_<), Suzaku, there was the niisan who didn't last long, characters that have their unique traits. Valvrave was instantly compared to Gundam Seed due to a number of cliches in the first episode, but even Gundam Seed had a squad of baddies that were unique, the easygoing Dearka, the model soldier Yzak, the pianist Nicol, the father's son Athrun, characters you feel would be important later on. 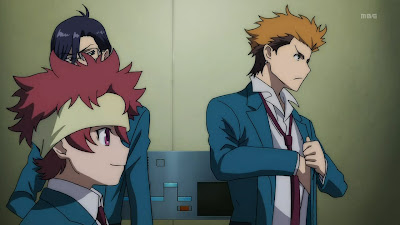 In Valvrave, these "druggies" as some have called them, all pretty much act the same way, and their names are.... in fact, I think only 3 of them have been mentioned >__> I just don't see these guys as important like some series that have memorable bad guys, maybe the leader of that group, but everyone else is just... bland.

I'm a big fan of Stargate. The whole gating to another world thing just hit with me the moment I watched this first episode. Add in a reverse tarzan story of the advanced man dropping into a crowd of not-so-advanced-people, I was just hooked. Maybe, this was something, a series I have been waiting for for a long time...

In this case though, this isn't like Stargate's gates, but maybe a bit more like the Supergates in the last 2 seasons of Stargate SG-1, something like a way to shorten the distance. In any case, sending a massive fleet through the gate was truly quite a sight, something I always think about, could such a thing be possible in our lifetime? Gating through space :D

So how did I find out about this series? I don't read LN's, and I just don't hang out online like I used to, so what drew me in? The...not-so-same way it always does, I saw the 3 minute PV hit wide release and that's all she wrote. 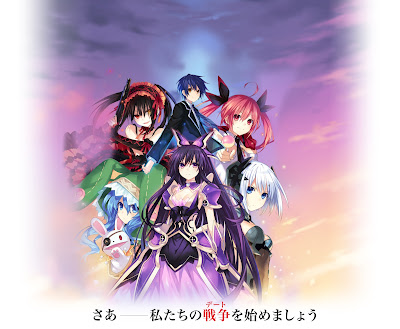 I was sucked in completely, and I'm not going to lie, they showed Kotori's pantsu full screen in that pv (ver1.2) and I fell in love. Of course, I was also drawn to Tohka, who I can't help but fall for the armed ponytail. 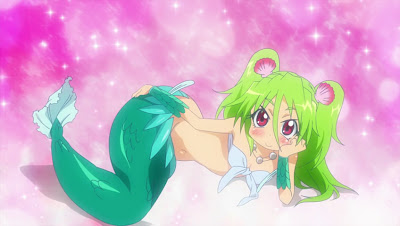 Okay, this is one weird way to start the season but I just had to. Going into this series I had no idea what I was going into. Let me round up the weird and wonderful way I came onto this series: So I'm somewhat of a big fan of Mermaid Melody PPP name-is-too-long, I say somewhat because I never finished the first season and went all the way with the second season, but more importantly, I love the mermaid girls and even some of the bad girls :P 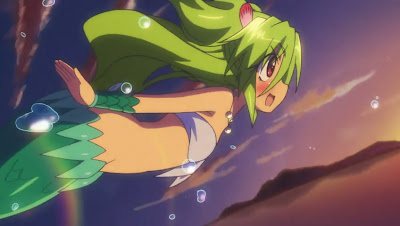 This of course being around 2004 when I fell in love with 13 minute anime due to that year being one of my most memorable and super charged in my life until recent years, and when I saw the episode counts drop from the very common 24/26 down to 13/12, I lamented the rarity of 13 minute series.